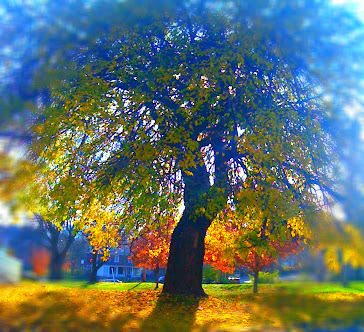 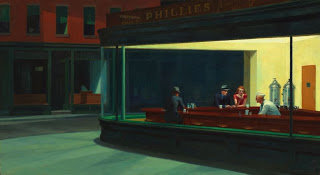 The Soundcheck, January 2012
By j. Gabrielle

When the stage lights illuminate #The Rarely Available Band (RAB) at Schooners, it is as a colorful dawn in a mystic, misty valley half way between Brigadoon and Edward Hopper’s much parodied painting “The Nighthawks”.  Like the mythical Scottish Kingdom that appears for one day every hundred years, they are at once rarely available, rural, rustic, idyllic, magically transient and unaffected by time.  Yet, they seem also neon-lit, afloat in caffeine and wired with anticipation and longing as the painting illustrates.

These troubadours have been rockin’ it for 33 years.  Often separated because of day jobs, the boys have been known to rent a van to travel to three states just to practice.  With perhaps some of the biggest hearts in the business, RAB plays many benefits and collects donations at every show.  “In the last couple of years RAB has raised $8,140.16 for non-profit organizations and people in our area”, says leader @Steve Virts.  With their annual Alzheimer’s Benefit, the cause nearest their hearts, they hope to top $10,000!

The group has among them three strong songwriters.  In fact, in a 2008 live radio interview country legend @Merle Haggard said these words, “@Steve Virts is a good songwriter!”  The two men are old friends and get together to sing, trade licks and write.  Wayne Fulp, who plays acoustic guitar and has a killer tenor voice also writes.  “Wayne and Steve sing like breathing”, says @Al Coffey the third writer of the group.  Al, the “Swiss Army Musician”, so named for the many instruments he plays, adds the icing to the band’s excellently performed repertoire.

@Tim Caldwell sings harmony and trades off on pedal steel, dobro, harp and electric guitar.  He says, “these guys keep me young” and his eyes twinkle.  I believe him.  This trading off on instruments that Tim and Al do is so seamlessly and gracefully done one hardly notices the shuffling.  This is part of the energetic calm the band beams out.  One feels in the presence of greatness as though at Austin City Limits or the Ryman Auditorium.  The music feels sacredly presented.

There is @Danny Altic on bass and “we can’t force him to sing” says Al.  Danny says of their music, “you can’t pigeonhole it, so don’t even try”.  This is true, they go from Rolling Stones, to originals, to Johnny Cash and the Beatles with fresh arrangements.

Drummer @Brett Reynolds fills the shoes originated by @Dave Hartman who went on to fame with @Southern Culture on the Skids.  Brett moved here from Rochester, New York after touring the U.S. and Europe with his band, and doing some recording with ex- Rolling Stone Mick Taylor “adopting kids, because of the schools – it turned out music is a blessing in Roanoke and these guys are like brothers to me”.

The band “family” got larger recently with the addition of @Nate Stoehr as full-time soundman.  “I’m as much a part of this as they are!  These guys welcomed me as part of a band of brothers!” says Nate.

The silent partner in all of this is “Band Mama” @Val Virts who is cheerleader, sound engineer, roadie and manager.  “She’s kinda cute too”, grins grateful husband Steve.

As many of my interviews reflect, there is a need for an accessible venue in Downtown Roanoke for the local band.  Also, there is a hope for local music to be more cherished and recognized.  “Martin’s had us play outside under a tent for a benefit Dash fundraiser and all these musicians were playing for free.  The runners and athletes, thousands of people were just walking right by, not checking it out, not exposing their kids to it”, noted Brett.